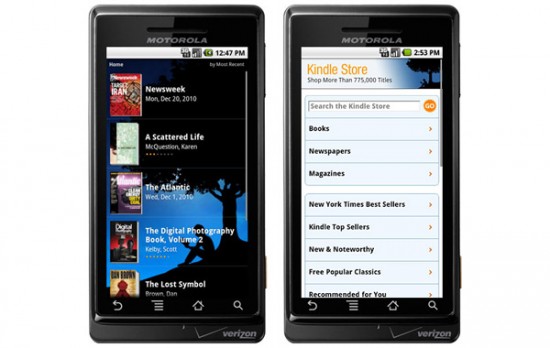 Amazon rolled out an update For Kindle for Android, giving the app a bump up to version 3.4.0. The latest release has of course some bug fixes included in it but more importantly it addresses the size of the app as it is now a smaller download for all.

Amazon knocked a couple MB off the file size.

When Amazon last released an update (when they added PDF support), the app was 10MB in size. That’s actually quite large, because it replaced an app that was only 5MB. While this size difference might not matter to most people, I have heard a couple complaints from users.

This update also adds a rather fun feature. The Android app now supports page numbers. Amazon added page numbers to select Kindle eBooks last year, much to the delight of anyone who is trying to sync a paper copy with the related Kindle eBook.