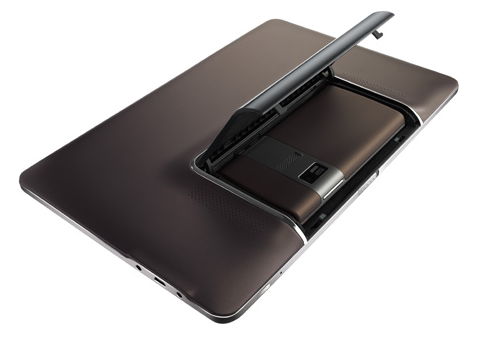 href=”http://www.asus.com/” rel=”homepage” target=”_blank” title=”Asus”>Asus confirmed that they going to officially announce their PadFone phone / tablet hybrid on 27th February at the forthcoming href=”http://www.mobileworldcongress.com/” rel=”homepage” target=”_blank” title=”Mobile World Congress”>Mobile World Congress. The first of its kind innovation allows the user to dock their smartphone into a tablet docking accessory for a larger viewing area.

Many recent reports keep claiming that the Padfone will feature Nvidia’s Tegra 3 processor, but the device was already spotted with a Snapdragon S4 (MSM8960) in some leaked benchmarks.

Fringe benefits such as no longer needing to sync data between different devices shouldn’t be underestimated too! NetbookNews have a pretty good video of the device on YouTube (embedded below), which also shows compataibility with the dock from the original Transformer.

I am pretty excited about this one, I just hope that Asus really make the phone itself top notch as it’s not an area they have a lot of recent experience in! What are your thoughts?