Nowadays, everyone wants to look busy, and the phone is the best way to show that. There are multiple reasons, why people are finding ways to look busy even though when they are not. Many users are using mobile phones to pretend to be a lot busy. Similarly, there are some fake incoming call apps that will give you a call on the desired time.

There are plenty of different apps for different purposes. Today we will list some best apps that will allow users to look busy with an automatic incoming call. These apps will let users look busy. There are many apps that you guys can look

What are these fake call Apps?

If you want to irritate someone by fake calls, then you are at the right place. Fake calls are a type of call in which you get a call, but it rings with fake call notification. If you want to annoy a person, then you can call them using any of this app and can give any wrong information. You can call people suddenly and annoyingly to make them confused. We have found a few best fake call apps to save your time instead of searching. Here’s the list of apps to make a fake call on your Android phone.

Fake-a-call is one of the old oldest fake caller id app. It is available for free with ads. You can use it to make counterfeit calls instantly. Further, you can even schedule a call to get a bogus call on time automatically. The ability to record app, and play it later are some of the best features of Fake-A Call Android App. Currently, it is temporarily unavailable for users. 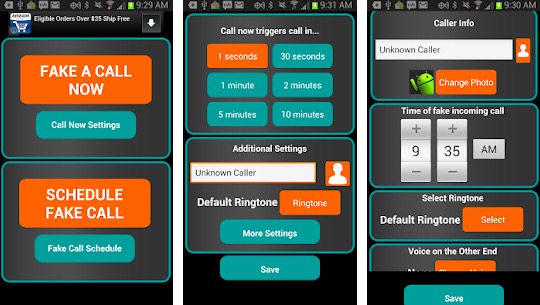 It is a similar app to the previous one. Users can make a fake call by entering your details. We can change name, number, image, and voice recording and we can also schedule calls by entering fake details, playing call recordings. The user interface of this app is quite friendly and easily operatable. This app comes with many features and is meant for calling, messaging by fake details. 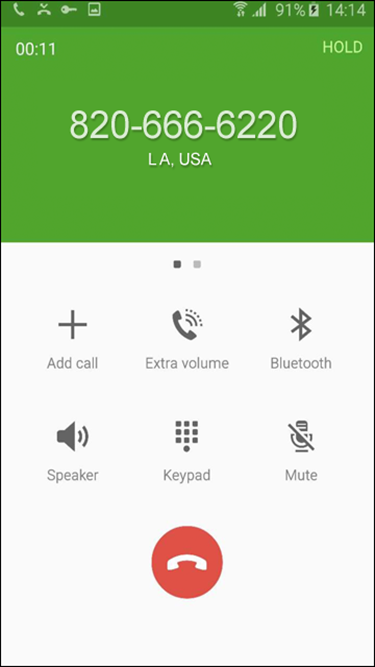 Gogocall is another interesting fake calling app with different features. It will initiate a fake call by pressing the power button four times in succession to receive a fake call. You can set name, number, and image before calling. This app consists of 4 different UI or skins. This app is available for free on Google Playstore to download. 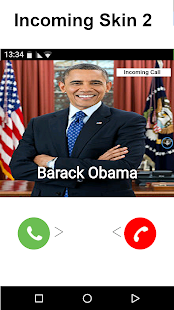 It is another similar app with different features. To initiate a fake call, you need to shake your phone in hand. The user interface of this app is not good, but this app works accurately. We can set the details of the caller in advance.

Fake Call is another popular app with various configurations. There are many things that you can customize in this app. You can set caller name, number, photo or caller voice. The interface of the app is straightforward, and it works accurately. But this app shows a large number of ads by which you may get irritation.

Also read:-How to do Strikethrough in Gmail – Crossout Text in 2019.

We have provided a list of best fake incoming call apps for Android. This app will be helpful in a few bad moments. It depends on you to select one of the better apps from it, and after installing any app, please share your feedback about any of the apps in the comment section below.