After Some Best Tablets and Phones, we are now posting cheapest Android 4.0Tablets. So let’s Start:

Auxus AX02 is a 7-inch tablet with decent specs and features. Its display is a capacitive touchscreen
and it features a better resolution of 800 x 480 pixels. Under the hood, the Auxus carries a 1GHz CPU, 1GB of DDR2 RAM and better graphical performance. You can expand the memory of the device thanks to a 32GB microSD slot. The device highlights a miniUSB, HDMI out and the capability to support 3G modem. iBerry will start shipping the gadget next month in India. The company also plans to launch a 10-inch version of the Auxus. As of now, no details of the tablet are revealed, however. The AX02 is priced around Rs. 10,000  ($200) in India. 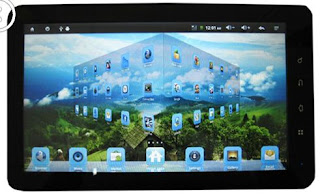 It features include, 4GB DDR2 RAM, 8GB Nandflash Support up to 32GB via micro SD card; android 2.2, flash 10.2, gsensor, cortex A9 power, WiFi 802.11 b/g, HDMI port (mini), USB port, and OTG port. To be absolutely fair, its web browsing experience is actually pretty impulsive, audio quality was convincingly clear, the battery could take you several hours at maximum brightness. The Zepad C91 is available for a price of $209. 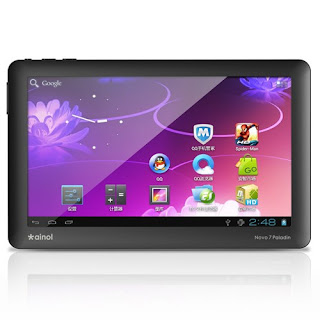 It is certainly powered by a MIPS chip, and if it has the same internals as that Basic (minus

cameras), then it might be MIPS32-based Xburst JZ4770 SoC by Beijing Ingenic Semiconductor company. Also 512 MB of RAM, a miniUSB port, headphone jack, reset pinhole, volume rocker, microSD card slot, single tiny speaker on the back. For connectivity, the Ainol tablet mainly depends on Wi-Fi and it features 1080p video playback. Going by camera specs, the Paladin mounts a 2-megapixel rear camera and 2-megapixel VGA camera and much more. The device is priced at $159.

It is powered by a 1.2 Ghz processor coupled with 1 GB of RAM that would surely give a smoother performance. Zync Z-990 has 4 GB of in-built memory which can be expanded upto 32 GB. The 380 gram weighing tablet has WiFi, 0.3 megapixel front camera, full sized USB port that supports pen drives, external keyboards, and 3G USB dongles, HDMI port, and a micro USB port. You can order it from here. The Zync Z-990 is India’s first Android 4.0 tablet. Its is Priced about $178.

The Ramos W13HD is a 8 inch high resolution capacitive touchscreen Tablet PC, with 5 points touch running on android 4.0 ice cream sandwich powered by Cortex A9 CPU Amlogic 1Ghz CPU Mali 400. It is powered by 1GB of RAM and 8GB of internal memory. For further memory, you can depend on external memory sticks up to 32GB thanks to the microSD slot. The ICS tablet further features stereo speakers, HDMI out, 3.5mm headphone jack, 1080p HD quality video playback and much more. The tablet sports a 2-megapixel rear camera and 0.3-megapixel front camera for video calls. A 4000 mAh battery gives a nice life for the Ramos W13HD tablet on a single charge. It si Prices $249.