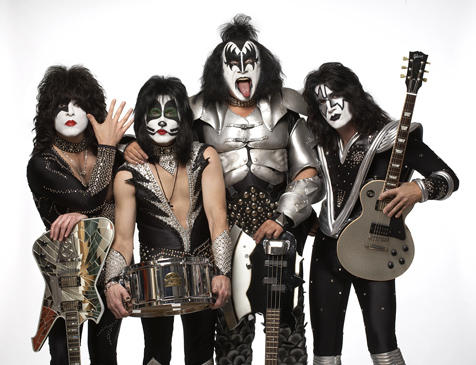 href=”http://www.rovio.com/” rel=”homepage” target=”_blank” title=”Rovio Mobile”>Rovio Mobile has done a pretty impressive job of leveraging the runaway success of the game Angry Birds into a huge multimedia brand. But like Beanie Babies, Furbies and Tamagatchis before it, one figures that eventually, Angry Birds will lose steam and disappear into the annals of toy history.

Of course, Rovio doesn’t want that to happen, and it’s working to keep the heavily downloaded bird-slinging arcade game as relevant as possible for as long as possible. And that means new partnerships with popular…musical groups, apparently.

According to href=”http://kissonline.com/” rel=”homepage” target=”_blank” title=”Kiss (band)”>KISS bassist Gene Simmons, the legendary band is currently in discussions with the Finnish firm.

No, no, you read that correctly.

“The Angry Birds people were up here and we sat down and we playedAngry Birds,” Simmons explained in an interview.

“We blew some buildings apart, catapulted some of the birds, and then their eggs were stolen.”

He then went on to outline possible deals between the band and the birds.

“Hello Kitty is one of the biggest brands on planet Earth. Now there’s KISSHello Kitty, which we’ve already launched in 90 countries,” Simmons said.

While we don’t quite yet know what such a deal would entail – it could be a game, or more of a merchandising deal.

Alternatively, it’s possible that it could have something to do with the various recording companies which Angry Birds boss Mikael Hed revealed Rovio was in discussions with.