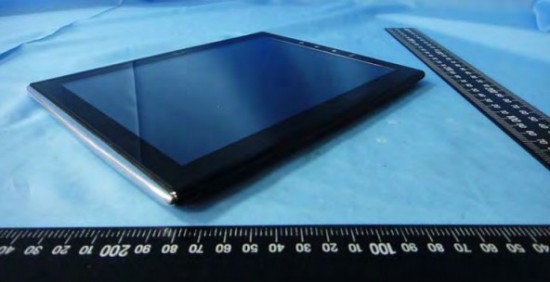 For those who attended CES, you guys might have encountered the Le Pan III, and Android tablet with some pretty decent specs to boot, and the good news is that the device has recently been spotted at the FCC which hopefully could indicate an impending launch, or at least bringing it a step closer.

The new tablet has a 5MP rear camera, 2MP front-facing cameras. It measures 9.3″ x 7.4″ x 0.5″. It will likely carry a higher price tag than earlier models, since Le Pan is positioning this as a “flagship” model.