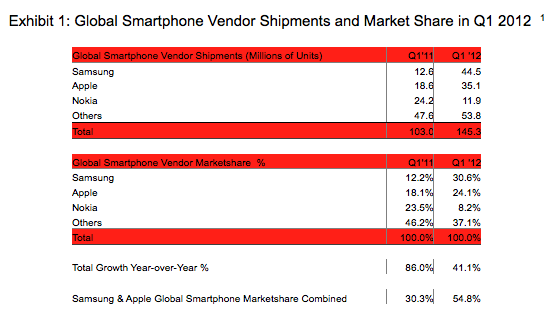 According to Strategy Analytics Samsung is now top Smartphone Manufacturer in the world. For the first quarter of this year Samsung shipped 44.5 million smartphones. That topped the 35.1 million Apple iPhone units that the Cupertino based firm reported it sold during its fiscal second quarter. The South Korean handset maker accounted for an estimated 31 percent of the market, while Apple’s share was believed to be 24 percent.

Lee Sei-Cheol of Meritz Securities says, “The smartphone market has almost only two players, Samsung and Apple.” Nokia, which had the largest marketshare in the 2011 first quarter, saw it’s ownership of the global smartphone market drop from 23.5% to 8.2%. 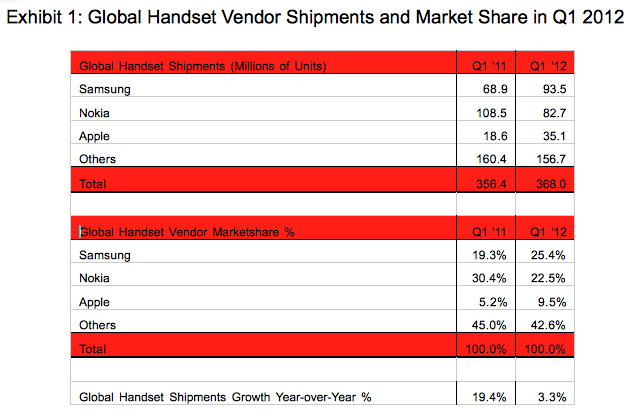 Strategy Analytics also released its analysis of the smartphone market for the first quarter of 2012. Mobile phone shipments were estimated at 368 million units during the quarter, up 3 percent annually.

According to the firm’s research, Samsung for the first time unseated Nokia to become the world’s largest mobile phone vendor. Samsung had spent years chasing its rival from the No. 2 spot.